The HitRecord community is a project based creative collaboration platform. Projects can be created by anyone and range from Music, Short Films, Voice Acting, Writing and many others. Community members can then get involved by contributing their own work into these projects.
Organization
HitRecord
Role
UI
UX
Team
Branden Ushijima
Matt Pell

Projects on the mobile app were not getting enough contributions, and lacking views. We needed to increase project engagement, so we kicked off a design sprint to find a solution.
‍
We broke into teams of two to figure out what we could do on the project level to increase engagement. After a series of crazy eights and some user stories, we agreed on a hypothesis that there was a story missing at the project level, it was only acting as a skeleton that would house prompts within. So we set out to give project views a story and bring them to life by adding, what started off as a timeline concept but spiraled into an activity feed. 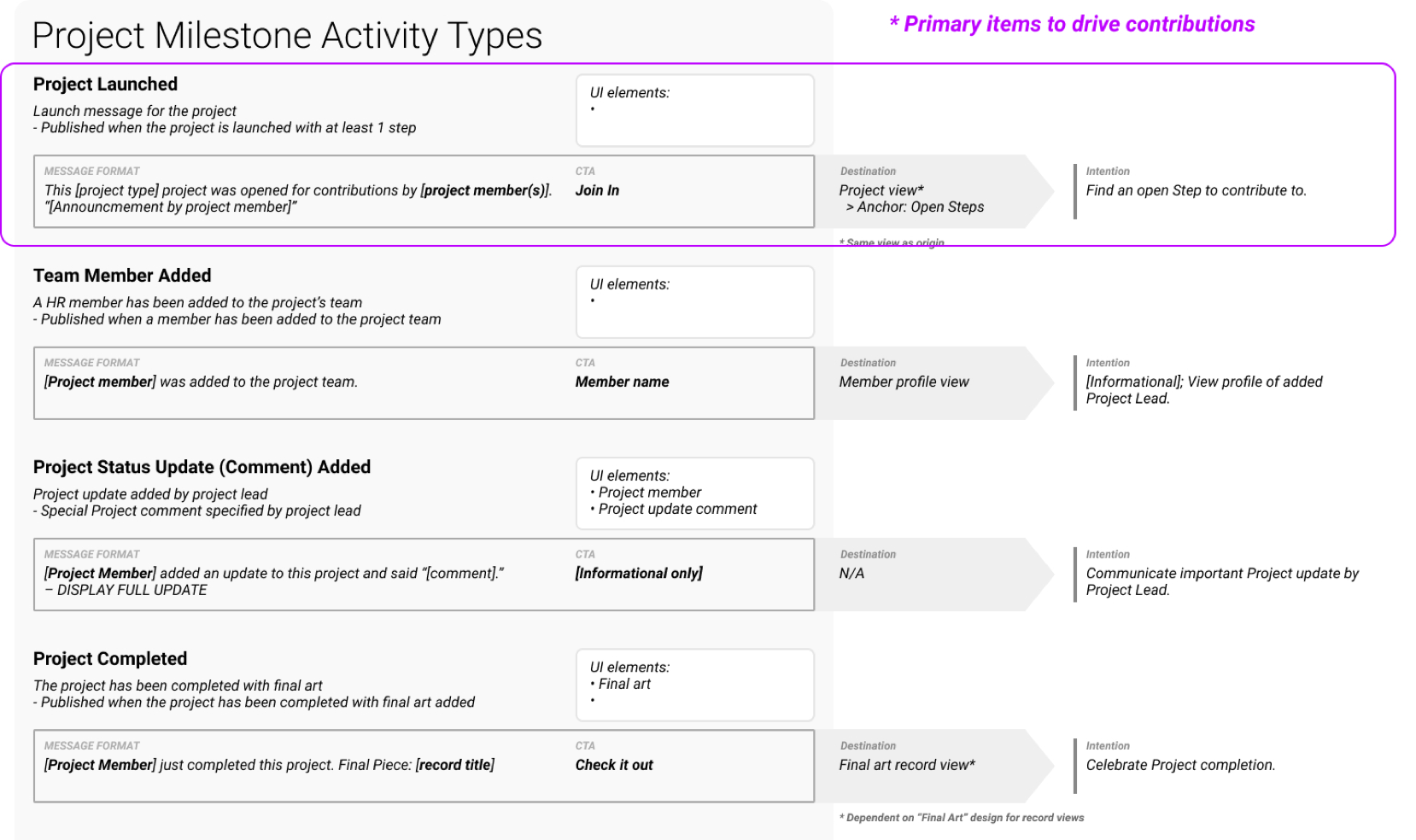 Our ultimate goal within the activity feed was to increase contributions. We highlighted activity items that would take users through the contribution flow funnel to get them to participate.

How do we show multiple contributions without taking up the whole feed.

We needed to show conversations happening but couldn't pull in real time, how do we show this visually?

All other activity that doesn't affect the outcome of any given projects.

Contributions were a huge part of this feed, our research suggested that users who contribute once had a higher chance of contributing 3 times. We needed a way to consolidate contributions as they came in. We worked with our back end engineers to figure out a logic, while staying pragmatic of our API capabilities. 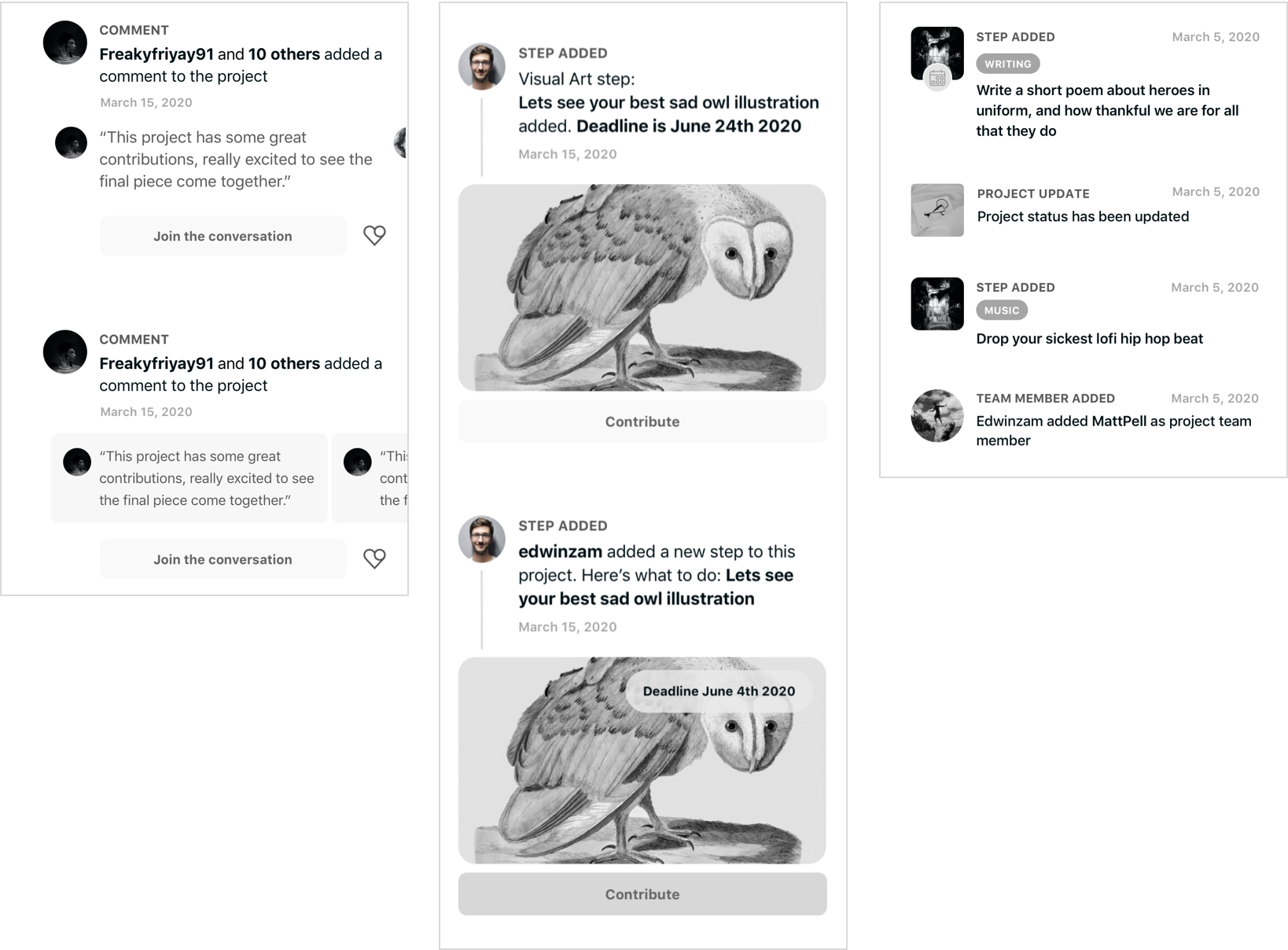 Components started to come together and work in a cohesive manner, a batching system that would house comments and contributions every 24 hours proved to be the most challenging, it had to be flexible, informative yet it couldn't overpower the rest of the activity items. 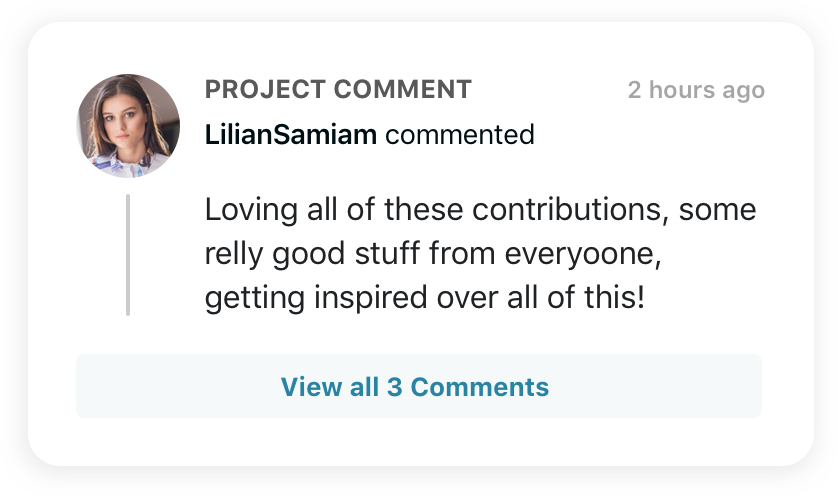 Comments batching system. The most recent comment would appear, any additional comments done within the given time frame would be accessible through a button call out.

Our contributions batch, housed three main contributions while showing community members, that there were additional contributions, the step it belongs to, and the ability to get involved from the feed. 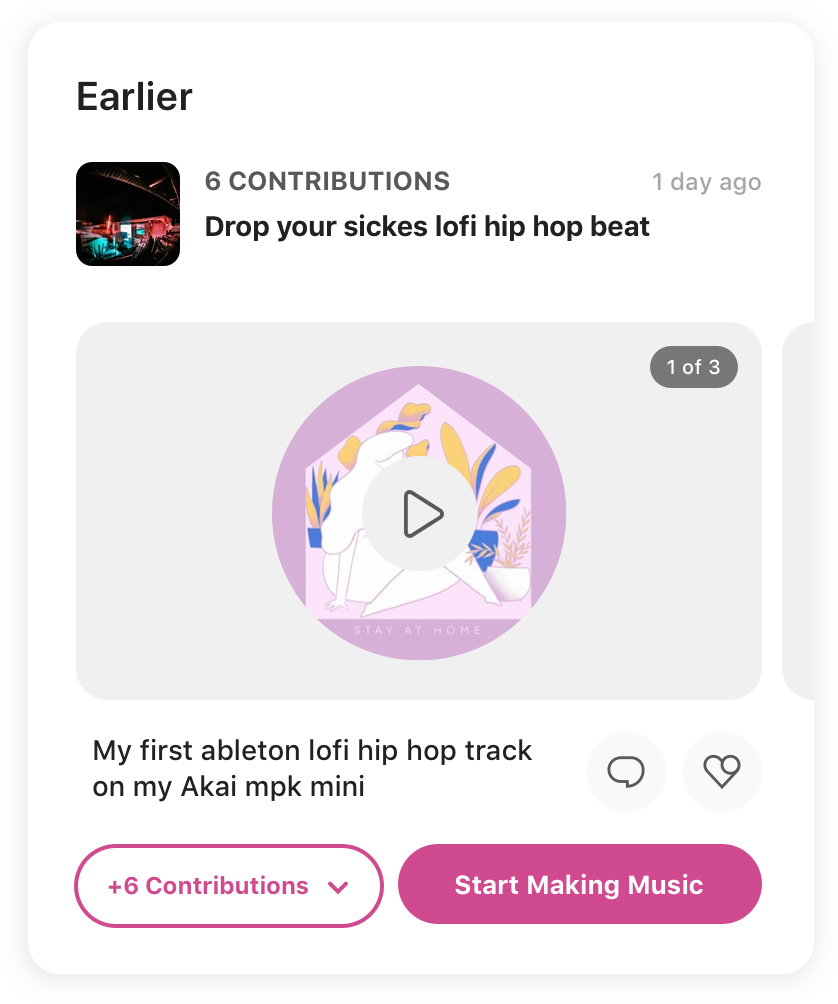 Projects can have multiple team members, this gave project leads the ability to add team leads from the feed itself.

Project steps can get added throughout the life of the project, this gave users the ability to contribute while seeing who added the step, the type of step and the title of the step. 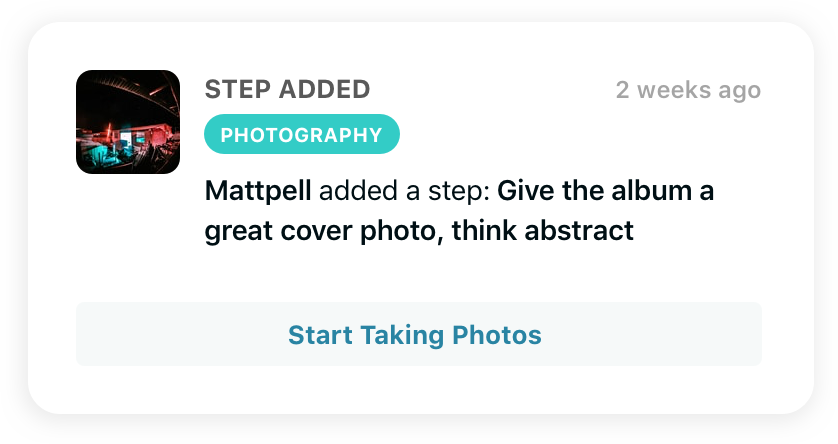 Contributions doubled within the batched contributions area of the activity feed. We were hoping to see at least a 3x increase within contributions. We did get a slight increase with members commenting, particularly within step comment batches. Some of the feedback from the community was that the feed felt a little overwhelming. We have since made updates to the feed and are re-evaluating the use of CTA's within the contribution batching system.